Master of Shojin Cuisine, Chef Daisuke Nomura Joins Olive Oils from Spain to Embrace the Versatility of This Ingredient in the Japanese Cuisine

TOKYO, Oct. 9, 2019 /PRNewswire/ — Olive Oils from Spain and the European Union https://oliveoilworldtour.jp/ this year are having an ambassador of Shojin Cuisine also called “Sougo”, chef Daisuke Nomura, to aid in the promotion of olive oil in the Olive Oil World Tour in their second year of activity in Japan. During the cooking show event, Nomura has used the olive oil in order to enhance 3 original Japanese dishes listed in the menu below. 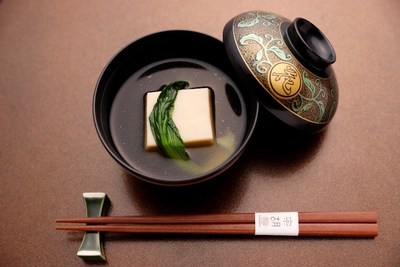