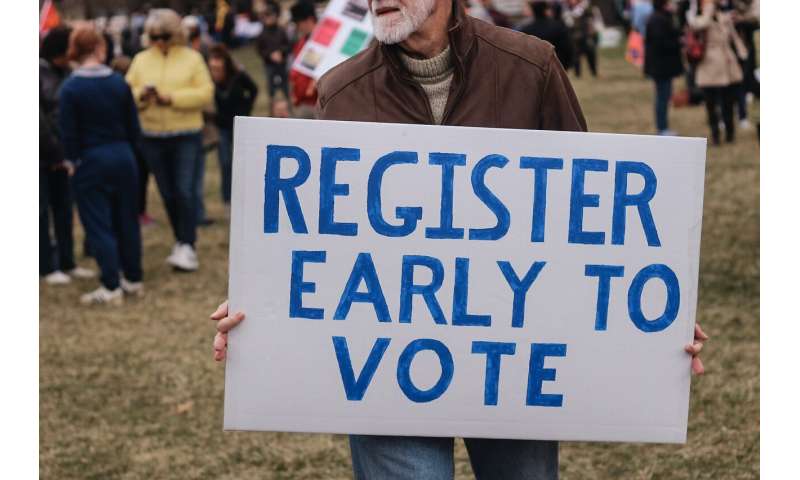 The term “blockchain” is familiar to anyone who has delved into so-called cryptocurrency. It represents an incorruptible digital ledger of transactions associated with a given digital coin in this technology. However, the notion of such a ledger might be useful in a whole range of human affairs, such as electoral and other voting systems. Work published in the International Journal of Technology Enhanced Learning suggests that a blockchain might be viable in the U.S. voting system.

Khaled Zayed and Rebekah Placide of the International School of Management in Paris, France, explain that blockchain technology could be used to build “a secure, efficient, and smart voting system.” Used in conjunction with biometric technology, such a system would be far less open to abuse or electoral fraud of any kind. The U.S. has four voting methods commonly used at the moment: optical scan paper ballot systems, direct recording electronic systems, ballot marking systems, and punch-card ballot. Each of those voting methods has its own pros and cons and is open to significant abuse as has been seen in at least one recent election. In essence, the team writes, “The current U.S. voting system is antiquated and in desperate need of a technological and legal overhaul.”

In addition, the current voting machines are in a state of crisis. “They run the risk of malfunctioning, lost votes, shutdowns, and incorrect tallies,” the team adds. “The inability to maintain and purchase parts for these aging machines is of an even greater burden for election administrators in many jurisdictions.”

The team further explains how blockchain technology could fix the voting system in a single step, eradicating many of the problems associated with archaic systems and bringing to bear the benefits of the digital realm on an ancient system.

“Blockchain technology was developed to create security, trust, transparency, and efficiency in communications and business transactions,” the team says. “Blockchain allows a recording and transfer of data that can be audited and transmitted safely and more importantly it is resistant to outages. A list of records called blocks linked together using cryptography for secure communication. With blockchain technology, digital information can be distributed but not copied over.”

Such positive characteristics, when applied to a voting system, could be used for voter registration, identity verification, and electronic vote counting. This would ensure that only legitimate votes are counted and the creation of such a ledger of public votes would represent a step towards a fairer, entirely transparent, and fundamentally more democratic election system.

Voting on a blockchain