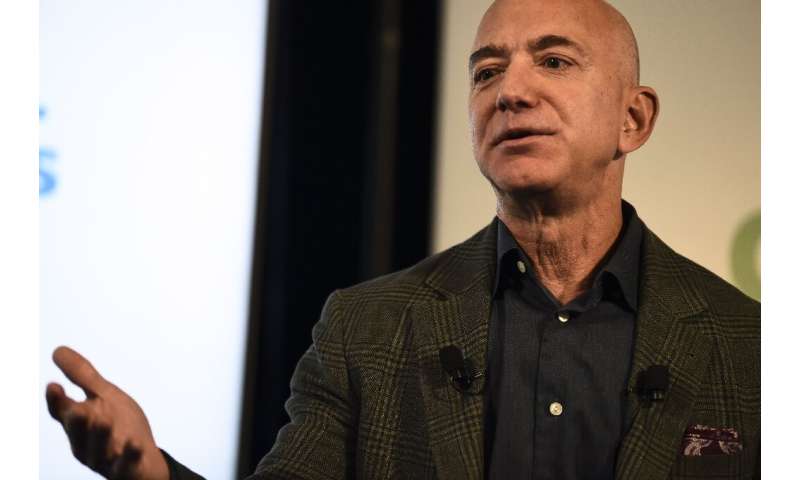 Amazon, whose founder and CEO Jeff Bezos is seen here, set out a series of principles on corporate responsibility, including calling for regulation of facial recogition technology

Amazon is endorsing the idea of government regulation of facial recognition technology, as part of a wide-ranging statement of its principles on a range of social and political issues.

The US tech giant, which has come under scrutiny by antitrust enforcers and has been criticized over its use of facial recognition software, set out its positions in a statement posted late Thursday on its corporate website.

Some of those stances, such as its endorsement of a raise in the federal minimum wage, were previously disclosed by Amazon.

On facial recognition, Amazon said it believes that “governments should act to regulate the use of this technology to ensure it’s used appropriately.”

The company noted that it offered its own set of guidelines for facial recognition that “protects individual civil rights and ensures that governments are transparent in their application of the technology.”

Thursday’s statement said governments “should work quickly to put in place a regulatory framework” for the technology, which has been used increasingly around the world amid criticism on privacy and civil liberties concerns.

The federal minimum wage of $7.25 per hour in the US “is too low and should be raised,” Amazon said, noting that it has promised to pay a minimum of $15 an hour and has encouraged others to follow suit.

Amazon, which critics say has paid little or no income taxes in recent years, said it endorses a review of the international tax system.

“Corporate tax codes in any country should incentivize investment in the economy and job creation,” the company said.

“In addition, tax codes, particularly between countries, should be coordinated to have neither loopholes that permit artificially lower tax rates nor overlaps that cause higher tax rates or redundant taxation, because these distort company behavior in ways that don’t benefit consumers or the economy.”